Your positive feedback regarding your stay with us has been very well received and is appreciated by all the staff. Thank you for taking the time to share this constructive review which fills us with a lot of energy and enthusiasm in our daily achievements to provide an excellent service.
We are happy to read that you enjoyed our friendly and professional staff. We will pass on your kind compliments to everyone concerned. 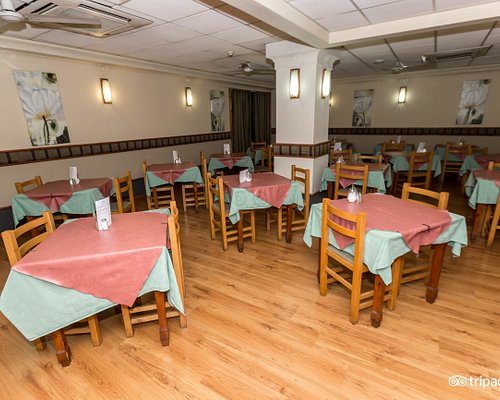 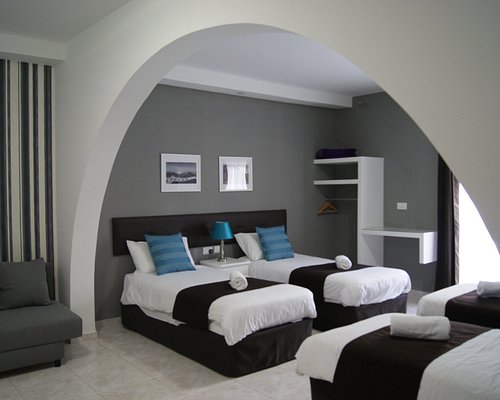 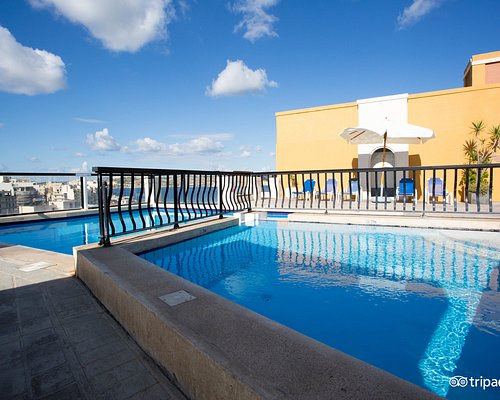 Dear Guest,
Thank you for taking time to leave your feedback.
Regarding your comments, please rest assured that these are duly noted.
We would like to apologize for any inconvenience; however we would also like to inform you, that we are always happy to assist our guests whenever it is requested.
Kind Regards
Hotel Management

It is with regret that we are compelled to reply to your allegation in this format and on this public platform, however, your allegations are very serious.

As you are aware, you alleged that while you went for breakfast between 08.00 and 09.00Hrs, someone, pointing your fingers to members of our staff, 'stole' your mobiles (WIKO / XIAOMIA & SAMSUNG) and a Fuji Bridge camera. This according to the Police report that we insisted that you lodge with them. You are now alleging that whoever 'stole' your belongings, also 'stole' the 2 year old baby's shoe. For the benefit of the readers, client's 'claim' amounts to over €1200.00 and expected the hotel to make good for items that no one from the hotel every saw and in view of the fact that clients claimed that they did not have insurance. By insisting and directing clients to the police station to lodge in a report, which is the norm in circumstances such as this allegation, this is considered by them as being considered as 'liars' by management. Again for the benefit of the readers, the Police did call at the hotel and we also requested clients to point out the staff members they accused. When doing so, clients did not recognise any of the employees. Following this, the police requested to talk to clients in the same floor and did not result in anything.

Contrary to what is stated that the hotel does not have anyone in the Front Office team that speaks French, we had a French speaking employee for at least 12 hours a day. This is confirmed by your statement that you met Mensi, an employee of ours on the bus who assisted you. That is why he is employed in front office and I am happy to note that contrary to what you stated, he did his job well.

I cannot understand your statement that the 'taxi had listened to Mensi and did not leave' when Mensi was not even on duty on your date of departure.

We regret to hear that the hotel did not meet your expectation.Our staff do their very best to assist our guests so strange to hear that their are sometimes rude. We sincerely mean it that they all do their effort to provide the best service possible, however we are all human and it could have happened that any body might have a bad day.
Your issues you mentioned in this review will certainly be actioned to the departments concerned.
Best Regards
Aldo Schembri Adami
Guest Relation Manager