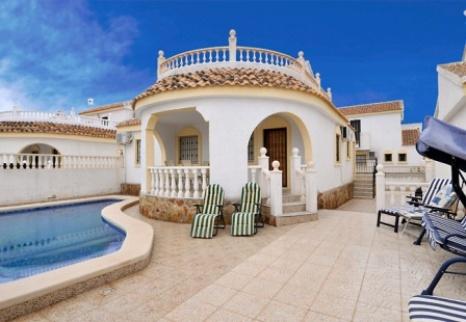 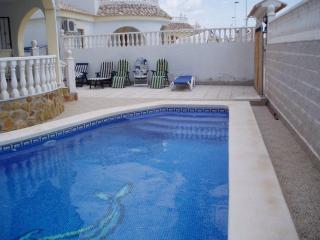 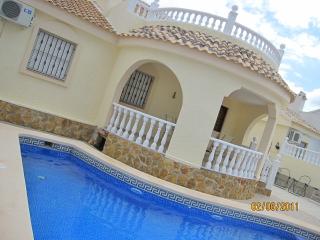 Date du séjour : août 2017
Cet avis vous a-t-il été utile? oui
Cet avis est l'opinion subjective d'un membre de TripAdvisor et non de TripAdvisor LLC.
Thank you for the review Muriel. The contact number for me, as per contract was correct, and you were able to contact me, and I responded immediately. There was unfortunately a mix up with your arrival time (our fault), in that I had given your arrival time of later on in the evening, which meant your villa was not due to be made up until later on that day. Once you called me, as my number was correct, this was immediately resolved.

The entire bed linen, fitted sheets, flat sheets, and pillow cases was replaced by me from IKEA, and this is the only the second season. I did this on behalf of the owner. Each villa has at least two changes of bedlinen, and definitely enough for same day change overs. The only difference in the photos on this site is in fact bedlinen, towels and cushions, which we replace periodically to ensure the villa is maintained.

No, the villa does not have a coffee maker.. many do not. it is not advertised as having one. It does however have a kettle to allow you to make tea and coffee.

Bulbs, again, not a major problem, there are many bulbs in the villa and they are checked pre-season, but they can blow at any time. We do leave spare bulbs in the drawer in the villa, so they can be replaced easily, and if none left, this can be reported to us and we can replace. It is not a big issue for us, but of course this happens all the time, just as it does at home. Bulbs do not last forever.

You also reported that one of the 3 aircon units was not working properly. In August, in Spain, it is very difficult to get hold of engineers and new aircon units, as many of the factories close down. However, we did manage to find an engineer, who called just after you left, and that air-con has been replaced with a brand new one. Again, demonstrating how efficient the owner is when reporting things that are broken.

Yes indeed there are only 4 chairs on the inside of the villa, as per photos and as per advert, correctly advertised. There are however another 6 dining chairs and another dining table on the undercover terrace (5 metres away from the inside dining table), that you can move inside or out to suit, dining for 10 actually.

I can confirm the you did have my correct number, and you did call me ,and I responded immediately to the issues you raised.

Thank you for staying at our villa, and we would have no hesitation in welcoming you again, but please make sure you read the advert first, just so your expectations about facilities are understood before you go, just so you are not disappointed.